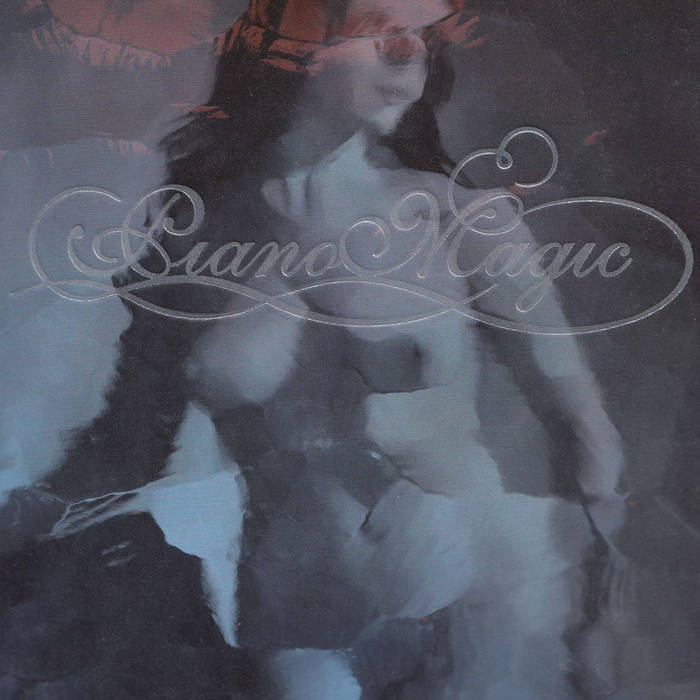 As 2001's 'Seasonally Affective' archived Piano Magic's first five years of existence, 'Heart Machinery' assembles the subsequent, no less prolific, eight for easy filing. The full EPs, singles and compilation tracks here navigate a ley line between the London-based group's roots in experimental, lo-fi electronica and their excursions into raw, full-blown rock-outs and back again. Maybe it's the restlessness of this Anglo-French unit that has not only kept fans on their toes but perhaps denied them more than a few seconds in the limelight. Not that it matters, Piano Magic's aim was always for the heart and they rarely missed.

It's a giant sidestep from the prose-heavy, 4-track improvisations of 2001's 'I Came to Your Party Dressed as a Shadow' EP to 2003's 'Speed The Road, Rush The Lights.' By then, Piano Magic had established itself on the stage, regularly touring Continental Europe, now armed with standard issue rock 'n' roll armoury - drums, bass and fx-infused guitars. Even so, contrary to the core, not only did 2003's 'Saint Marie' EP feature the crystal-voiced, then fresh from obscurity '70s folk-pop doyenne, Vashti Bunyan, as well as Low frontman, Alan Sparhawk, it also saw the band's palette extend to include tambura (courtesy of Cornershop's Ben Ayres), Spanish guitar, Durutti Column-esque drum machinery, viola, harp, hand-claps.

Two years later, the band threw another curve-ball with the 'Opencast Heart' EP for Important Records. Recording in the grimy, often freezing backstreet studios of East London, they once again retreated into icy synths, skittery beats and glacial voices. It's here that the band's claim to being the world's premier (perhaps only) 'ghost rock' group makes perfect sense.

'Heart Machinery' includes several ultra-rare cuts, notably 'The Inquest of My Youth' - originally recorded for cult American psych/experimental Dream Magazine. Similarly, 'A Fist In The Air (A Tear In The Eye)' was, until now, only to be found on Randall (Fuxa) Nieman's excellent Mind Expansion label compilation (2006), while 'What Does Not Destroy Me,' is plucked from a split 7" single with Klima, on the French label, Monopsone (2003).

'Heart Machinery comes with an accompanying 29 minute+ bonus disc, 'Never It Will Be The Same Again.' first released as a limited edition vinyl EP as part of Bottrop-Boy's En/Of series in 2005.

Bandcamp Daily  your guide to the world of Bandcamp

Featuring appearances from Kari Faux, Bluestaeb and and interview with NY-bred artist Wiki